Details
by Emery Jeffreys
on 06 December 2010 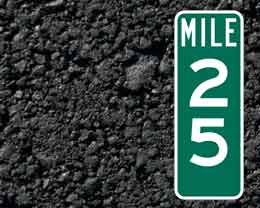 Admit it. You didn't get the invitation.

The wreckage, the champagne bottles and the streamers have been swept away.

You missed the 25th anniversary of Windows, the computer operating system everyone loves to hate.

Windows 1.0, Microsoft's graphical interface was unleashed on Nov. 25, 1985 to an underwhelmed public. Many computer users were just getting used to the command line intricacies of DOS.

Computers with the Microsoft operating system account for 91 percent of computer users surfing the Internet.

The first real improvement in the look and feel didn't arrive until August 1995 with Windows 95, years after the invention of the World Wide Web by Tim Berners-Lee. Most computer users hadn't heard of the Web or the Internet.

The Windows 95 interface was both loved and roundly criticized as a rip-off of the look and feel of other operating system -- like the classic Mac OS.

Mac lovers claimed the Windows ubiquitous gray tool bar could be moved to the top and it would behave the same as the Apple's operating system.

It was a rip-off, they chorused.

Mac's graphical user interface was based on an interface gladly shared by Xerox's Palo Alto Research Center (PARC). The menu bar was first used in the Apple Lisa in 1983.

If you compare the latest versions of Windows, OS X and Linux, the toolbars all have a remarkable resemblance of the Unix Open Desktop that was abandoned years ago.

By now, the graphical user interface is familiar to everyone.

For years, people used modems to surf on slow connections to the web. Between the release of Windows 95 and Windows 98, Microsoft added TCP/IP to Windows ending reliance on modems.

It also promoted the use of Windows in the marketplace.

In the early years, the Internet was one of the last frontiers almost like the Wild West in the 1800s.