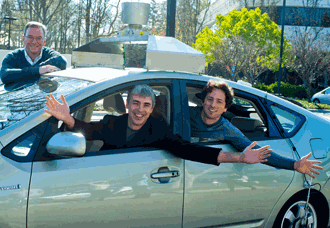 In the measure of all things Internet, most people believe Google is a search engine destined to find information.

On the world's playing field, Google blurs the comparison between tech companies and media companies. Its name even landed in dictionaries as a verb and synonym for search.

Technology drives every part of its business, but 96 percent of Google's real income comes from advertising.

Google's $23.6 billion in revenue and a profit of $6.5 billion earned the company the 102 spot on the Fortune 500 list. See the comparison chart at the end of the article.

Managers at the company will tell you that Google is not a media company, that its organizes and manages content, but avoids producing it.

While executives say it's not a media company, its financial performance often outshines media companies and leaves tech savvy companies in the dusty clouds of electrons.

Google, formed 1996 as a search engine, has revenue and income that outpaces 381 other companies on the Fortune 500.

“How can a company with essentially four products get this big?” muses cranky geek John Dvorak. "Apple turns out to be one of the world’s greatest retailers."

Apple's cash cow is really iTunes, the music and media downloading service that scorched the earth of traditional music sales.

Apple is just another case of the blurring line between, tech, retail and money.

Google is more profitable than Apple, yet Apple reported $36.1 billion in revenue and $5.7 billion in profit, compared to Google's performance. Google earned less with $23.6 billion but turned a better profit, $6.5 billion, according to Fortune's analysis.

Let's add another blur. Walmart, the third most profitable company, was topped by Microsoft at No. 2 in profitability.

Exxon Mobil was the most profitable company on the 500 list even though Walmart made the top spot on the list.

Press reports are filled with announcements of Google's latest moves that blur the line between traditional media and tech companies.

Larry Page and Sergey Brin founded the company in 1996 while they were graduate students at Stanford University.

The company name is an adaptation of googol, the number 1, followed by 100 zeroes.

Google's first funding was $100,000 from Andy Bechtolsheim, co-founder of Sun Microsystems in August 1998.

By 1999, Brin and Page said they believed the search engine development was diverting them from academics. They tried to sell their company to search engine Excite for $1 million.

Excite's failed execution of the deal relegated it to the ignoble list of has been search engines.

The sale of $1.67 billion gave Google a market capitalization of more than $23 billion, the Washington Post reported.

By size and revenue, neither Red Hat nor Google made it into the list of top 25 IPOs.

Google has spawned entire industries around its technologies. Search Engine Optimization is a key technology that advances keywords for websites searched by Google.

At every turn Google is launching a new product or partnering in unconventional but lucrative deals.

The drive for new technologies and products comes from a management style that encourages workers to spend one-third of work time on projects of the employee's choice. That ensures a constant stream of new products.

Arbiters of all things Internet have been critical of some of the offering that failed to capture huge market shares.

With 9.6 billion Internet users around the globe, the criticism may be off base. That points to a 28.7 percent of market penetration. In North America there are 266 million users, or 77.4 percent of the market.

In the arena of googolish Internet numbers, a move of 0.1 percent to 0.3 percent of unique visitors to a Web site like Google, Yahoo or Microsoft can shift the market share 11 percent.

Imagine a new Google product that captures a mere 11 percent of the market. It's a figure that could make or break single product companies.

For an 11 percent market shift, it just means more advertising revenue for Google. 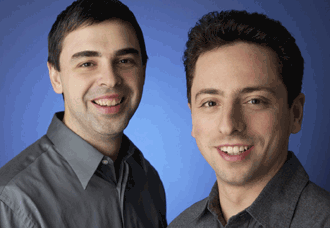