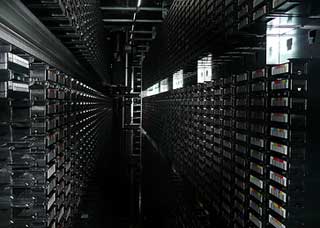 In computer data centers, energy equals money — your money. That energy is partly in the form of power to keep physical servers running, but it’s also to keep them cool enough to run.

Every moment of every day, your servers cost you money: even the old ones you’ve paid off, even the ones you aren’t using at all—if they are powered on, they cost you. Hardware, licenses, applications, remote hands, even the expense of redundancy—none of it compares to the price of power.

The processing power of computers doubles approximately every two years, according to Moore’s law, an axiom developed by Intel co-founder Gordon Moore.

That means that heat generation will also increase exponentially. A rack that five years ago produced about 5 kilowatts of heat may today produce as much as 28 kilowatts. To give some idea of how much heat that is: 28 kilowatts equals 95,000 BTU or roughly 8 tons of air conditioning.

A typical house air conditioner is three tons, 10 kilowatts, or 34,000 BTU. That means that it takes as much power to cool a high density rack as it would to cool about three single family homes—if it was high noon in that equatorial neighborhood 24 hours a day.

If power used equals money spent, then we want to conserve power. But can we?

Data centers have traditionally been inefficient environmentally. Compared to other costs, power was cheap, and computing was precious—what harm if a little power was wasted when the result was incredible amounts of information analyzed, communicated and stored? The world seemed to have plenty of power, and a data center from the 70s or even the 80s would only be a blip on the national grid.

Today's data centers are much more prevalent: for example, the Data Center Map lists 1,297 colocation data centers in 59 countries. In addition, power has become more expensive and less available. However, data centers still use power like it’s cheap: a McKinsey & Company report on data center efficiency, released in 2008, says that on average, only six percent of server capacity is being used, and the data center facilities run at no more than about 56 percent capacity.

So how can we conserve power in the data center?

Use virtualization to reduce inefficiency

One way to conserve data center power is to get every bit of computing power out of each piece of hardware. That’s where virtualization comes in. Virtualization allows consolidation of server requirements onto fewer physical machines, with the virtual machines consuming only about 1/50th the amount of power. Email servers, web servers and applications all act just as if they were running on individual computers, but for a fraction of the cost, both in capital expense and power consumption.

According to many sources, including The Green Grid and the EPA, virtualization is one of the key ingredients of a more efficient, greener data center. In implementing virtualization, VMware provides some of the highest consolidation rates on a secure and reliable platform. With VMware, unused physical servers can even be powered off, and turned back on when needed.

Of course, virtual servers, especially VMware’s hardware-based virtualization, also offer increased application access for users, faster installation of new servers and better uptime. So not only will your virtual servers help reduce your carbon footprint and save you money, they’ll also improve your company’s competitiveness.

Virtualization with VMware and DRS allows a hosting company and its clients to continuously monitor utilization and intelligently assign resources as needed. With DRS, resources can be allocated to higher priority applications, according to your rules, ensuring that your mission critical activities always have what they need. It also provides dedicated infrastructure for business units, without letting resources stand idle.

Blades help reduce the energy footprint of servers by allowing multiple physical servers to be consolidated on one chassis, with one management interface per blade, while adding more advanced management features. The ProLiant BL490c Virtualization Blade solution being adopted by Infinitely Virtual will more than triple the number of virtual machines hosted in the same energy footprint.

Where do we go from here?

Researchers at the Georgia Institute of Technology are working to reduce the portion of electricity used to cool data center equipment by as much as 15 percent. In a simulated data center, the Georgia Tech scientists are trying to optimize cooling strategies and develop new heat transfer models. Read more about it here: Improved Techniques Will Help Control Heat in Large Data Centers.

The Green Grid is an organization created by many of the big names in computers, power conditioning and data centers, including HP, AMD and Intel. Together, they are developing standards to measure data center efficiency, with the goal of reducing power requirements, waste heat and carbon emissions. Learn more about the greening of the data center at The Green Grid.

In the future, waste heat like that in a data center will be recycled into energy. Read about how engineers at Oregon State University are taking waste heat and using it to run a cooling system: Breakthrough Made in Energy Efficiency, Use of Waste Heat.

Control what you can, and make a difference: