Southern heritage is really just a state of mind. 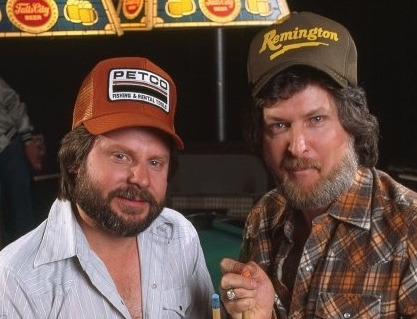 Those were the questions posed by National Public Radio, today on Talk of the Nation.

I grew up in southern West Virginia, the son of a mine electrician who worked most of his years at the electric company. My mother was the daughter of a miner who worked as a farmer most of his life.

Technically, West Virginia is not part of The South. Nor is Florida, the place where I live.

Both my sister and I couldn't wait to flee. We didn't hate living in tiny Logan, W.Va. Our parents instilled in us that hard work brings opportunity. There were no opportunities for many people in Logan who ventured to the rust belt or the Motor City.

Without hillbillies or mountaineers or relatives of hillbillies and mountaineers, Detroit, Cleveland, Columbus, Cincinatti, or Toledo might be half empty. The hillbillies fled north and farther south. They became ambassadors of the Southern Way.

We couldn't wait to flee. The year I was born Logan County had 150,000 residents because of opportunity to work as coal miners. Today the population has dwindled to 33,000.

Nancy, my better half, visited Logan and married me anyway. She's from Iowa. Iowans practice the Southern Way without an accent.

Fire a canon down Stratton Street today and not a single soul will be wounded. The people who would dodge the shot are complex, friendly and loving people but are still hard to define. Imagine a few scenarios.

The barn burned to the ground. It's embarrassing to learn that your church friends will be showing up this weekend to help rebuild it for you livestock even though you don't have the money. Perhaps pride is getting in the way until you realize that you would be out there if it was your neighbor.

It's the Southern Way.

Your wife is sick because some evil disease saps her strength. There are many trips ot the doctor ahead. Her buddies plan a schedule to get her to the doctor so you won't miss work. You can't miss work because there will be a lot of medical bills not covered by insurance.

You bet, it's that Southern Way.

Bedfast and stricken with the flu, thoughts turn to the crops. Looking out the window you spy two of your neighbors harvesting the corn or feeding the cattle. Nobody asked them to help. They just knew help was needed.

The mine or mill closes. After weeks of looking for a job and trying to make ends meet, there are a couple boxes of groceries sitting on the back porch. None of the neighbors saw who left the groceries.

Southerners help one another.

The pastor announces the church food pantry is running low because many people are out of work. People scour pantries and buy extra groceries. It's months before the pastor asks again. Nobody wants to know who needs groceries. Nobody wants the pantry to be empty.

Rednecks. Redneck is another term of honor. A real redneck doesn't hate or judge.

It's a working man's word. Redneck. The neck is red from the sun after a day in the field. Union miners marching from Marmet, W.Va. to Blair Mountain wore red bandanas tied around their necks. It's an honorable phrase despite those who try to make it otherwise.

For real adherents of the Southern Way, it's a badge of honor.

Driving down the road, a familiar car passes with the wave of a hand or a honk of a horn. Wave back. You've seen them for years but don't know their names.

The fire department barbeque is packed with hundreds of people. The crowd is filled with laughter about one event or a story to two. Neighbors talk to neighbors and believe they live in the greatest little town in the world.

Wait a minute. Any of the incidents can happen in any town or city.

That's right buddy boy. Act like a southerner and you can be one of us, too.