Details
by Emery Jeffreys
on 09 February 2011 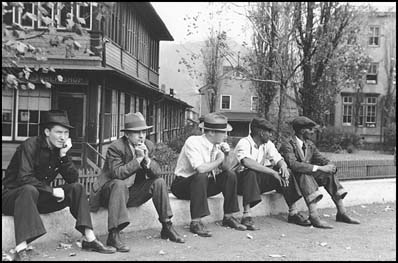 OMAR, W.Va. -- The striking Great Depression-era photos of miners at Omar, West Virginia try to tell a simple story of daily life in the coal fields.

The photos depict men who performed dangerous, back breaking work to earn a poor man's dollar, the long walk home, or a trip to a segregated movie theater.

{sidebar id=6}The 20 photos were made in 1935 and 1938 by Ben Shahn and Marion Post Wolcott, documentary photographers for the Farm Security Administration. The FSA became famous for its photo program that portrayed the challenges of rural poverty during the Great Depression.

Roosevelt used the New Deal program to shine a glaring halogean searchlight of public attention on rural poverty in the south.

In one photo, miners are queued up at a mine office to get their pay from the coal company cashier. The brick building at Stirrat is about two-and-a-half-miles south of Omar, past the mouth of Cow Creek along meandering Island Creek.

In 1938 congress passed the the Fair Labor Standards Act which set the nation's minimum wage at 25 cents per hour.

The 1935 UMWA contract with the operators of coal mines gave men a 70-cent across the board pay raise and reduced the work day to seven hours. Pay, depending on the work ranged $4.80 to $6.90 a day. The contract ended rent increases in company-owned camps.

The pact also ended the mine guard system. Mine guards were responsible for evicting miners.

The contract spelled a 65-cent per ton rate for hand loading coal even though handloading was a thing of the past. Shoveling the legendary 16 tons would net a man $7.10 a day.

Union mine boss John L. Lewis feared losing members and jobs as the mines mechanized ending the need for hand loaders. His worries were groundless.

Today a miner can expect to earn $1,000 a week if the work is regular. Often it is not regular.

Logan County had become a union stronghold during the 30s, a far cry from 1921 when mine owners and federal troops stopped union miners in a march on then non-union Logan County.

Despite union wage gains, it was a hard life toiling deep underground in the light and soot of an oil lamp.

Miners were a match strike away from gas explosions that could snuff out a life or a roof collapse with tons of rock raining down.

The men were a pay check away from an eviction from company-owned houses. Miners and their families were often tossed out if a miner was fired. A widow could face homelessness after her husband was killed in a roof fall.

A miner could easily be in arrears at the company store because they were paid in scrip to be used only at the company. Easy credit and high prices kept them in a pool of debt.

The front window at a saloon known as at The Wheel proclaimed "We cash miners script" to lure thirsty men who ventured down Dingess Street six miles away in Logan.

Luxuries were few and far between. For many families, oranges were a rare treat at Christmas in depression era Logan County.

Another couple of miles up Island Creek is Sarah Anne, is the final resting place of legendary feudist Anderson Hatfield. The feud ended 40 years earlier and probably didn't play a significant role in day-to-day life, particularly among miners conscripted in Italy or Hungary.

The photos depict other parts of life on Main Island Creek.

Two boys in the photos were obviously friends resorted to friendship as an escape to survive childhood.

Main Island Creek Coal Co. mined coal around the town and probably built row upon row of wooden houses, according to coalcampsusa.com.

The company also maintained stables for mules that hauled coal out of the mine.

It's difficult to tell the real story about from government records.

Instead photographers Shahn and Wolcott spin the tale with sparse captions under stark black and white photos of the coal camp.

The September 1938 trip into West Virginia was Wolcott's first trek into poverty.

Shahn traveled through northern West Virginia in 1935, starting in the northern coalfields and then visiting the model community in Eleanor, Putnam County.

He traipsed through Logan and Mingo counties before crossing into Kentucky.

Wolcott followed part of Shahn's trail in 1938 before heading  to Omar. She headed through Southern West Virginia for Bluefield and then deep into McDowell County.

Both photographers focused on daily life of miners and their families. They portray the resiliency of mountaineers during hard times.

"As an FSA documentary photographer, I was committed to changing the attitudes of people by familiarizing America with the plight of the underprivileged, especially in rural America," Wolcott said in a speech in 1986. "FSA photographs shocked and aroused public opinion to increase support for the New Deal policies and projects, and played an important part in the social revolution of the 30s."

"I think one of the first ones, if not the very first, was in the coal fields in West Virginia. That was a very short assignment, of course. And it was a very interesting one, too. I found the people not as apathetic as I had expected they might be. They weren't too beaten down. Of course, many of them were but they were people with hope and some of them still had a little drive, although, of course, their health was so bad it was telling," Wolcott said.

“It was a really tough time,” Shahn said years later, “and when this thing came along and this idea that I must wander around the country a bit for three months ... I just nearly jumped out of my skin with joy. And not only that, they were going to give me a salary too! I just couldn’t believe it.”

Heading for West Virginia, Shahn took photographs in Monongalia County before arriving in Logan County. The couple spent a Sunday and Monday in Omar and also visited Freeze Fork before moving on through Williamson to Kentucky and Tennessee, and then into the deep South. 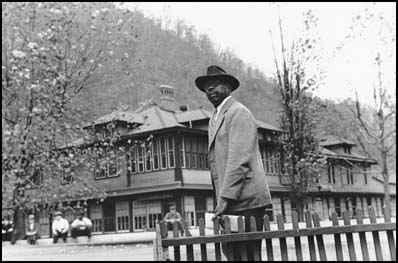 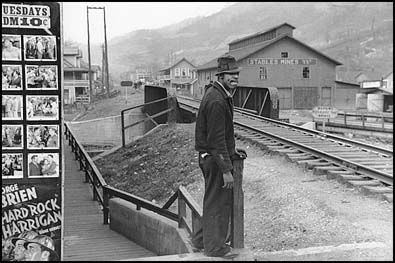 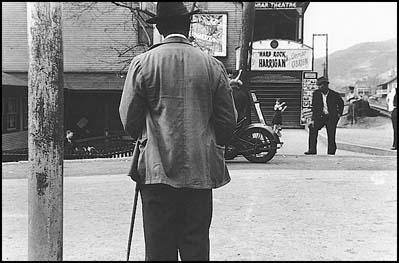 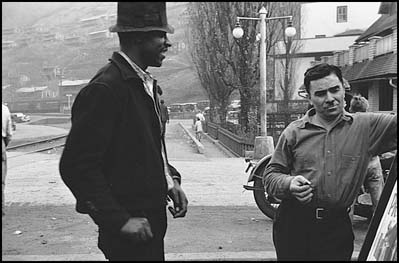 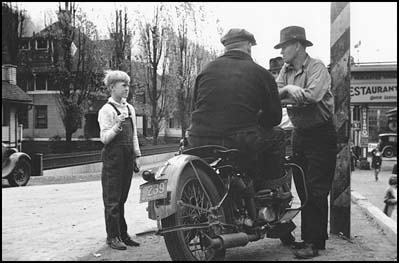 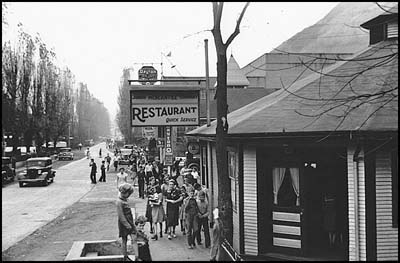 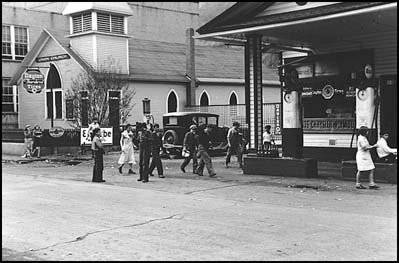 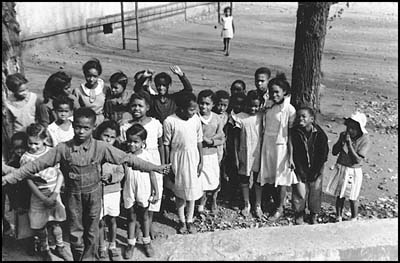 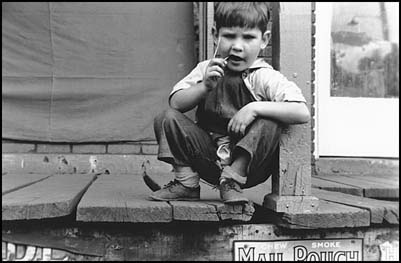 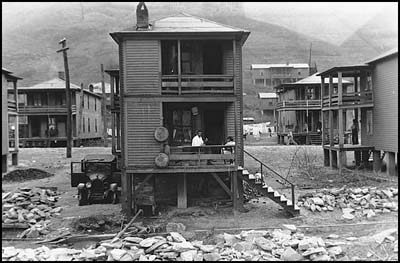 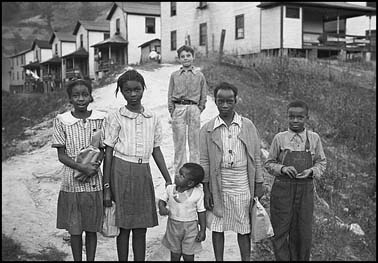 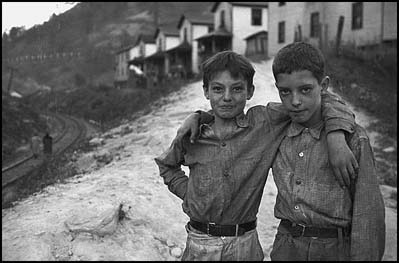 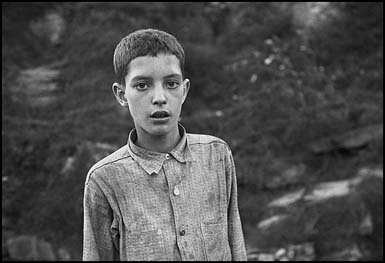 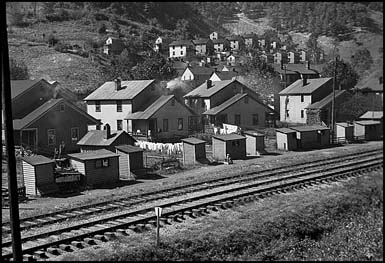 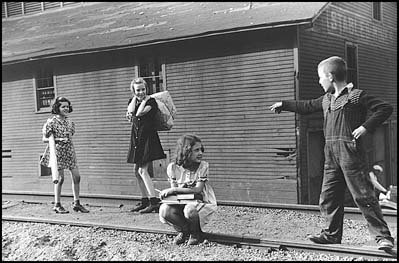 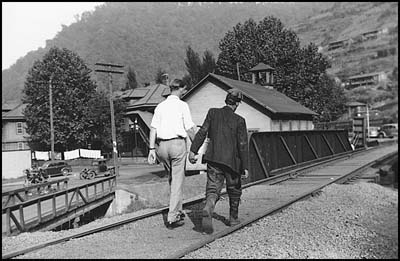 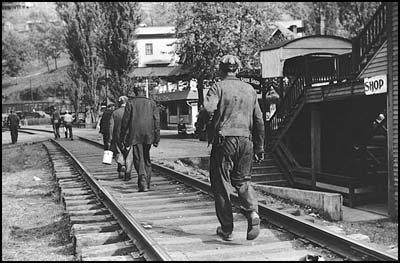 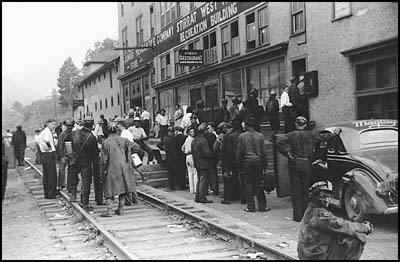