Details
by Emery Jeffreys
on 13 December 2008

Nicholas Negroponte's idea of providing an inexpensive laptop for every child didn't set the world on fire. 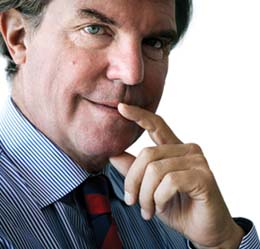 Nicholas NegroponteThe nonprofit organization's plan met immediate resistance from personal computer and hardware makers. The plan seemed to be on collision course with Intel in mid -2007, but Negroponte and Intel, agreed to kiss and make up. That seemed to solve the problems with the computer industry.

Negroponte, founder of the Massachusetts Institute of Technology's Media Lab and one of the creators of Wired magazine, is seen more as a missionary than a manufacturer.

In early December, One Laptop Per Child re-launched its "Give One, Get One" campaign on Amazon.com. The idea is for consumers to buy one of the $200 computers for themselves and another for a child in a developing nation. The cost is $400 at Amazon. If you don't purchase one for yourself, the purchase is tax deductible.

Those feeling very generous can participate in the "Give 100" or "Give 1000" plan. New England Patriots quarterback Tom Brady announced in November that he is donating 1,500 XO laptops through the program for children in Uganda.

Negroponte's group recently unveiled video ads promoting the Give One, Get One program. One features an African kid named Zimi who says: "I come from a place you’ve never heard of, a country that you can not pronounce, a continent you would rather forget. Our only problem is access to education, with education we will solve our own problems. To the person who gave me this XO laptop; thank you. You have changed my world."

Veteran computer users seem to scoff at the idea of sending delicate laptops to developing nations. In Uganda, repair parts can be difficult for most PCs.

Negroponte picked up a laptop on a coffee table in front of him and flung it across the room.

It was not just any laptop - it was the machine created by Negroponte's One Laptop Per Child organization. And he wasn't angry, just trying to make a point about the rugged virtues of the XO laptop in a very graphical manner.

Each laptop is about the size of a small textbook. It has built-in wireless and a unique screen that is readable under direct sunlight for children who attend school outdoors.

Latops require electricity to function, the XO laptop was designed to operate with a hand-cranked battery or solar cells. 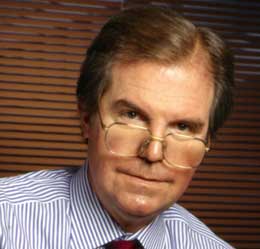 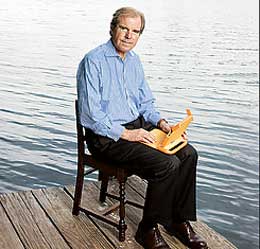