Details
by Emery Jeffreys
on 27 January 2011 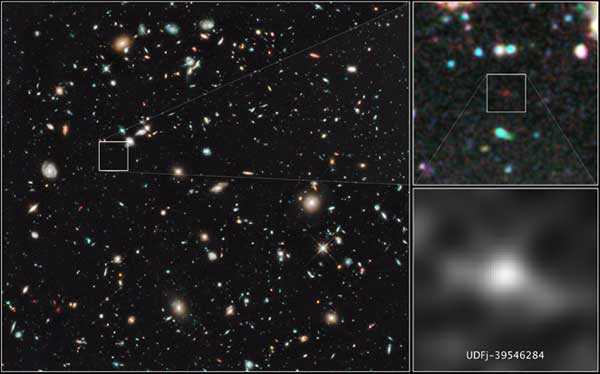 It is a compact galaxy of blue stars that existed 480 million years after the big bang."NASA continues to reach for new heights, and this latest Hubble discovery will deepen our understanding of the universe and benefit generations to come,” said NASA Administrator Charles Bolden, who was the pilot of the space shuttle mission that carried Hubble to orbit.This observation was made with the Wide Field Camera 3 starting just a few months after it was installed in the observatory in May 2009, during the last NASA space shuttle servicing mission to Hubble.