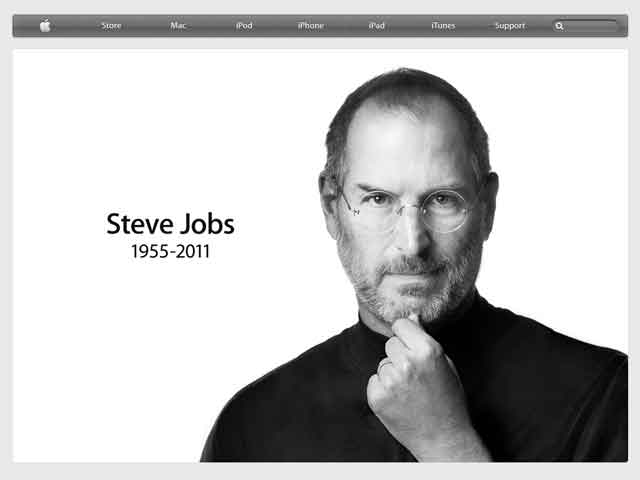 Spammers have learned the secret of Steve Jobs of success. Now they want to share it with you.

During June, spammers actively used the name of Steve Jobs, Apple's founder, Kaspersky Lab said. The heading of the unsolicited email invited millions of computer users to discover the secret of the business titan's success, but the body of message contained an advertisement for free training sessions.

Its organizers promised to teach everybody how to make a profitable business out of a hobby in just 1.5 hours. Jobs' name was used to attract attention to the training.

The percentage of spam in email traffic in June was up 1.4 percentage points and averaged at 71.1 per cent, according to Kaspersky Lab. Malicious attachments were found in 1.8 per cent of all emails, a drop of 1 percentage point compared to the previous month.

"In June, spammers continued to use familiar tricks. In particular, we recorded several mass mailings advertising both conventional and electronic cigarettes where the
organisers used the Google Translate service to process spam links. Moreover, the spammers added a randomly generated set of letters and names of Google domains in different
languages to the end of links," said Tatyana Shcherbakova, an nalyst at Kaspersky Lab.

In addition to the offers of training courses promising to disclose the secret of Steve Jobs' success, in June Kaspersky Lab discovered spam messages offering huge discounts on Apple devices.

To make the mailing look more legitimate, the scammers entered the name of the company in the 'From' field, though the email address has nothing to do with Apple. The authors of these emails stressed that there was a limited quantity of goods and it was essential to snap them up right away. This widespread trick was used to encourage the user to make a decision quicker and thus to click the link and order the goods.

Yet another theme exploited by spammers was offers of admission to US universities, as well as offers of online education at the user's convenience. These emails often included links to pages with application forms for the course. Interestingly, the addresses of the web pages vary from email to email and are often created on the day the mailing is sent. This is probably how the authors of the mass mailing collect personal user data.