Details
by Emery Jeffreys
on 12 January 2008 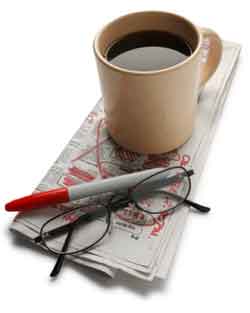 One in five workers may be seeking new job opportunities despite the downturn in the economy because of a sour job market.

Even with slower hiring predicted for 2009-2010, 19 percent of workers say finding a new job is on their list of New Year's resolutions and the same amount say they actually plan to leave their current job before the end of the year, according to a CareerBuilder.com's survey.

"January is typically one of the busiest job search months of the year and this year should be no exception with increased unemployment combined with workers who are putting their New Year's resolutions into action," said Rosemary Haefner, a vice president at CareerBuilder.com. "Although seven-in-ten workers say they are satisfied with their jobs, some are always on the lookout for a greener pastures."

Workers cited a number of reasons for wanting to leave their jobs in the new year. Most workers (49 percent) cited better pay or career advancement opportunities as the mean reasons they will search for a new job.

Fourteen percent are looking for an environment where they feel more appreciated and 10 percent want to work for a company that is making a difference. Some say they are changing careers.