Science fiction icon Ray Bradbury, the prophet of the space age and a chronicler of Mars, has died. He was 91.

His death was confirmed Wednesday by his longtime agent, Michael Congdon, and Bradbury's publisher, Harper Collins.

Bradbury's family moved to California when he was 14 and around that time he discovered the mystique and escapism of science fiction.

"I went to Mars and I never came back," he said in an interview with National Public Radio rebroadcast on Wednesday.

Bradbury is credited with bringing modern science fiction into the literary mainstream.

More than eight million copies of his books have been sold in 36 languages. They include the short-story collections “The Martian Chronicles,” “The Illustrated Man” and “The Golden Apples of the Sun,” and the novels “Fahrenheit 451” and “Something Wicked This Way Comes.”

"The Martian Chronicles" made it to the silver screen starring Rock Hudson. It records the colonization of Mars by humans escaping an Earth devastated by nuclear war at the height of the Cold War's red scare.

Many of Bradbury's works dealt with apocalyptic and dystopian themes.

In the The Martian Chronicles, he details conflicts between Martians and their new colonists from Earth. Bradbury said his outlook in the book was heavily influenced by John Steinbeck's Grape of Wrath and how Tom Joad breaks parole in Oklahoma to flee the misery of the Great Depression.

Farenhiet 451 details the life of Guy Montag, a fireman who burns books instead of extinguishing fires. The burning of books is frequently compared to state-sponsored censorship.

The outrage of burning books is dismissed as an act of a benevolent government that attempts to shape itself as Utopia.

Bradbury also had a cameo role in the movie.

After hero Guy Montage escaped the wrath of government and went into hiding, he discovered that many of his fellow refugees began memorizing banned books. At the end of the film, Montag meets The real Bradbury and Bradbury says he's memorized The Martian Chronicles."

Farenhiet 451 eventually became part of a long-running and one-sided feud between Bradbury and documentary film maker Michael Moore over the title of his film Farenhiet 9/11.

Moore's film examines the aftermath of the September 11, 2001 attacks and the administration of President George W. Bush. Moore's film was rumored to be on target for the Academy Award Oscar for best documentary in 2005.

But Moore changed his mind hoping that rebroadcasts of the motion picture would harm Bush's re-election.

Moore's title banked on the fame of Fahrenheit 451 and America's then totalitarian rule where books are banned. Bradbury's title described the temperature at which paper burns.

After a dispute with the academy over the release date, Moore changed the subtitle to "The temperature at which freedom burns."

Bradbury was outraged, but eventually the two made peace.

Bradbury's name would appear near the top of any list of major science-fiction writers of the 20th century along with Isaac Asimov, Arthur C. Clarke, Robert A. Heinlein and the Polish author Stanislaw Lem.

Bradbury's writing didn't stop with science fiction books. He wrote the screenplay for John Huston's Moby Dick in 1956. He was also a frequent contributor to the Twilight Zone.

At age 80, Bradbury suffered a stroke and could no longer write. But his dreams continued.

Ever the dreamer, Bradbury wanted to be buried on Mars, but he didn't believe man would land on the red planet during his lifetime.

Apollo Astronaut Buzz Aldrin, the second man to set foot on the moon, said the author's work had universal impact.

"Ray Bradbury is one who is contributing to the understanding of the imagination and the curiosity of the human race," Aldrin said in an interview with KERA, a National Public Radio station in Texas.

At least one celestial object, the Dandelion Crater on the moon, got it's name from the Apollo 15 crew in honor of Bradbury's Dandelion Wine. 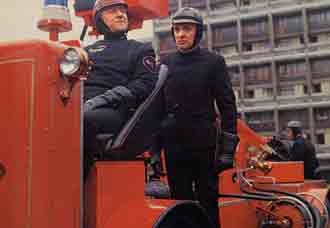 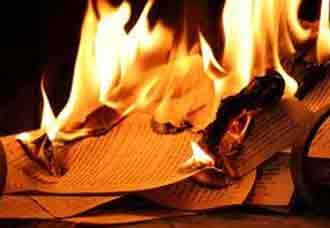