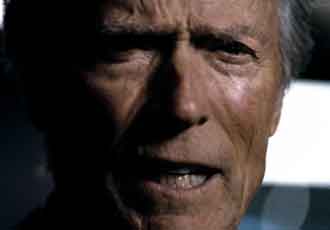 When a Super Bowl commercial offends Republican strategist Karl Rove, it's probably resounding in just the opposite way with mainstream Americans.

Chrysler's "Halftime in America" ad featuring tough guy Clint Eastwood has generated fierce debate about whether it accurately portrays the country's most economically distressed city or amounts to a campaign ad for President Barack Obama and the auto bailouts.

Rove and other beltway insiders from both parties are the problem here.

In the Chrysler spot Eastwood said:

"People are out of work and they're hurting. And they're all wondering what they're going to do to make a comeback. And we're all scared, because this isn't a game."

In another part of the commercial, Eastwood says:

"It seems like we've lost our heart at times. When the fog of division, discord, and blame made it hard to see what lies ahead."

Washington Beltway insiders of both parties are responsible for the discord and the blame storming.

Chrysler executives are entitled to their opinions. They faithfully exercised free speech by spending money on a Super Bowl commercial with America's tough guy Clint Eastwood as a spokesman.

Republicans and Democrats officials are entitled to their misguided opinions about the way the economy got in its current condition. Karl Rove making a statement of disgust doesn't make it true or accurate. If it offends Rove, then it strikes a chord with the rest of us.

If anything, the current Congress has once again earned Harry S. Truman's "do nothing Congress" moniker.

Eastwood, a Republican, probably did not agree with Rove's assessment.

Eastwood insisted on Monday there was "no spin" in the Chrysler Super Bowl ad and that the spot wasn't meant to reflect a message about the Obama administration's success or failure in reviving the American auto industry.

"I just want to say that the spin stops with you guys, and there is no spin in that ad. On this I am certain," Eastwood told Fox News "I am certainly not politically affiliated with Mr. Obama. It was meant to be a message just about job growth and the spirit of America. I think all politicians will agree with it. I thought the spirit was OK."

Eastwood said he is "not supporting any politician at this time" and that Chrysler "didn't even have cars in the ad."

"If Obama or any other politician wants to run with the spirit of that ad, go for it," he added.

The row over the ad is American politics at its best.

Clint Eastwood says his message has no spin. His detractors say it ain't so.