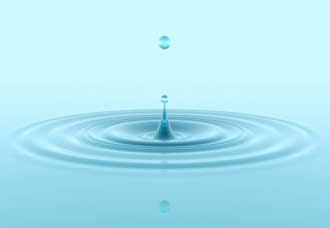 United Nations delegates in the resort city of Cancun, Mexico tried to protect us from the perils of climate change and global warming.

During the conference, a group of enterprising college students students working for the environmental group CFACT convinced UN delegates to sign a petition to ban di-hydrogen monoxide.

They documented their efforts on YouTube, according to John Stossel over at Fox News.

The sales pitch said the dangerous substance, which contributes to the greenhouse effect, is the major substance in acid rain, and is fatal if inhaled.

Of course it's dangerous. That's why they have lifeguards at the beach to keep people from drowning in it. The guards also protect people from being killed by sharks swimming in dihydrogen monoxide.

It's an old trick used to scare people with scientific words.

The students mounted the petition drive among delegates gathered around a water cooler. One signer paused during a student's pitch to get a cup of bottled water.