Details
by Emery Jeffreys
on 11 September 2012 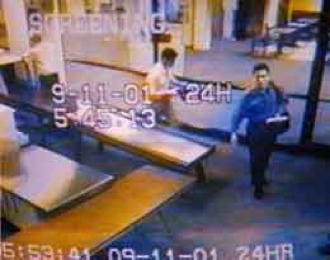 NEW YORK -- Eleven years after the horrific attack on the World Trade Center, an event that changed the fabric of the United States forever, the debate about the event has not ended but it has changed.

Tne of the masterminds of the attack, Osama bin Laden, was killed earlier this year by U.S. Navy SEALS. Another, Khalid Sheik Mohammed, sits in a prison at Guantanamo Bay Naval Base in Cuba awaiting trial. He likely will either die in prison or be executed.

The attackers involved in the strike at the heart of America are dead. The extremist group that planned the attack, al Qaida, is in tatters, wiped out by U.S. armed forces.

So what's left to debate?

Plenty. Is America safe? Was the war in Iraq worth the human and financial cost?  What was in Osama bin Laden's closet?

Alan Kirschenbaum, an expert on organizational sociology and disaster management, says it is extremely difficult to hijack planes using the strategy of the hijackers.

"Although security has made it extremely difficult to hijack planes, it has still left the airports wide open to terrorists," said Kirschen of Technion, the Israel Institute of Technology.  "Moreover, airport security technology has reached its reasonable limits and emphasis should be understanding human decision making."

Kirschenbaum contends  airport security is stifling the growth of the industry by putting off passengers, the bread-and-butter of profits. At the same time, airport managers are restricted from turning airports into service providers, instead of the mass production units they were designed to be 50 years ago.

Americans seem to be captivated by a controversial tell all book surrounding bin Laden's death.

Mark Owen, the pen name for one of the Navy SEALs who shot bin Laden, explained in a CBS 60 Minutes interview how a whisper from his teammate saved the mission.

His voice and face disguised Owen, one of the Navy SEALs who participated in the raid that bin Laden explained in detailed step-by-step account.

Owen, now retired, says the SEALs trained for the mission using a full-size replica of the bin Laden compound, and that a dress rehearsal was held for military top brass. And Owen refutes charges that he's trying to make a political statement with his book, "No Easy Day."

When members of the team finally made it to the third floor of bin Laden's compound, they saw evidence that the 9/11 mastermind had extreme organizational skills. The personal possessions in bin Laden's dresser and closet were tightly folded and evenly spaced, as if he were in Marine Corps bootcamp, said Owen. "Somebody there had to have had OCD."

OCD is a reference to Obsessive Compulsive Disorder.

Perhaps the U.S. has developed OCD when it comes to dealing with the real aftermath of the tragedy.