Details
by Staff and Internet reports
on 31 August 2006 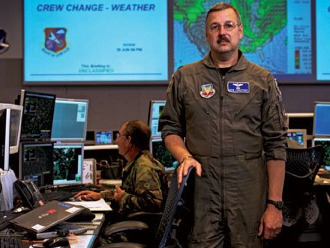 Many cultures come into play understanding terrorism and the impact of the attacks in 2001.

Here are links that may provide perspective:

9/11 Live: The NORAD tapes: How did the U.S. Air Force respond on 9/11? Could it have shot down United 93, as conspiracy theorists claim? Obtaining 30 hours of never-before-released tapes from the control room of NORAD's Northeast headquarters, VF.com reconstructs the chaotic military history of that day and the Pentagon's apparent attempt to cover it up. VF.com: exclusive: Hear excerpts from the September 11 NORAD tapes.

Annals of terrorism: According to The New Yorker, for the new theorists of jihad, Al Qaeda is just the beginning.

{sidebar id=11}Seeing the horror: The Digital Journalist won the 2002 Online News Association award in the Feature Presentation: Independent category for its "Seeing the Horror" series.

SeptemberEleven.net: "Gary Suson's memorial site is important so that the visual history of this period in New York be recorded accurately," said Rudy Sanfilippo, Manhattan Trustee of the Uniformed Firefighters Association (UFA).