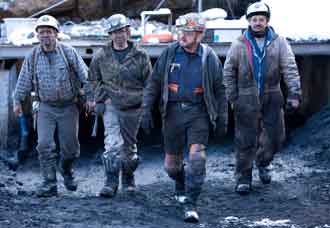 BIG SANDY, W.VA. - The coal whizzed down the belt line from the depths of the earth and fell into a pile outside Cobalt Coal's mine.

Big Sandy is near Welch, the heart of nation's coal bin.

“Coal” centers on the operations of a single mine, Cobalt Coal, buried deep in the heart of coal country.

The story is told from the point of view of part owners, Mike Crowder and Tom Roberts.

The two men face daily pressure to keep the mine running avoiding financial ruin on a $4 million investment. Both men make it clear during the show they want keep their workers safe in an environment where one wrong move could end in death.

Both Crowder and Roberts said they  wanted to participate to spread the truth about the industry to the public.

In two scenes the possibility of injuries stun the workers. One miner injures his back and was carried away for treatment by an ambulance.

In another scene, a group of men grappling a roof problem escape serious injuries when a half-ton slab of slate plummets to the floor of the mine.

A coal mine is one of the most dangerous work environments on earth.

A blast at the Upper Big Branch Mine in nearby Montcoal killed 29 men in 2010, The Montcoal death toll was the biggest since a mine explosion since 78 men were killed at Consol's No. 9 in Farmington in 1968.

Twelve men were killed at the Sago Mine in 2006. Mine deaths and destruction seems to dot the counties surrounding what is often called the free state of McDowell.

One of the miners prominently featured in the premiere episode is Andy Christian Sr., the day shift operator of a 40-ton Joy electric continuous miner. His machine rips coal from the seam 600 feet inside the mountain.

"Through the years the coal miners have kind of been put back behind the curtain and nobody really gave them any recognition for what they do and what they've done for the country," Christian said.

Publicity generated by the show also shines a harsh light on the nation's next struggle, energy independence during recovery from, the Great Recession.

"The show reveals that coal miners put themselves in harm's way every day for the things Americans take for granted - light, heat, the steel in the cars we drive," said Bill Wooten, a member of the state's Mine Inspector's Examining Board.

"It's not like nuclear power where one accident can put an entire region, maybe the world, at risk," Wooten said referring to the nuclear meltdown crisis at five reactors in Japan. "What's next, our food supply? Noboy can really answer that question."

For years coal has been a moving target by special interest groups who want to end the livelihood of thousands of miners and shift to alternative sources like solar and natural gas.

The special interests seem to overlook the future of miners who would be thrown out of work as the nation shifts to cleaner power.

The debate over coal as an energy source has raged for decades. None of the groups seem to understand the word compromise.

The debate goes back to the 1960 campaign tour through Logan and McDowell counties by President of John F. Kennedy.

In a campaign speech Kennedy identified southern West Virginia as the leading coal producer of the world. While it led the world in coal production, McDowell County residents received more surplus food packages than any county in the U.S.

In 1961 federal officials delivered the first payment of federal food stamps to a McDowell County couple as part of Kennedy's war on poverty.

Miners struggle to live while the nation struggles along with no energy policy.

Coal mining is a cyclic industry, either very good or very bad with little middle ground.

Today a coal miner with regular work can earn as much as $100,000 a year. But, across the coal fields, the work is not always regular.

Jeffreys was born and raised in Logan, W. Va. A former reporter and editor for United Press International, he was a reporter at The Logan Banner from 1971-1978. 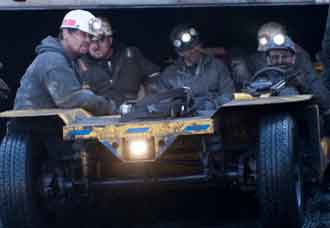 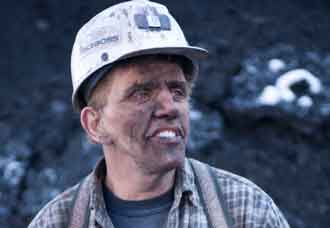 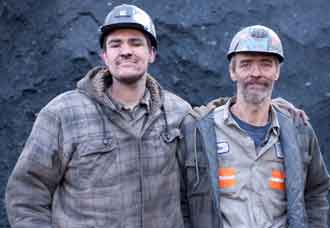 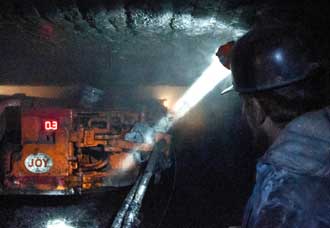 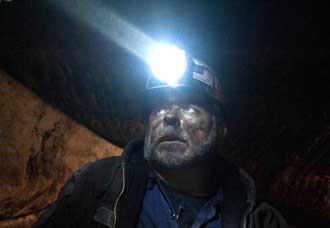 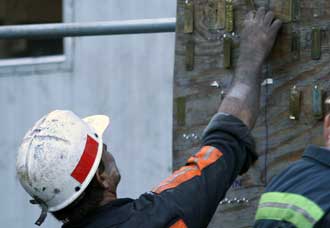