Life magazine has honored rocker Bob Dylan's 50-year singing career by putting his picture on the cover of a collectible edition. 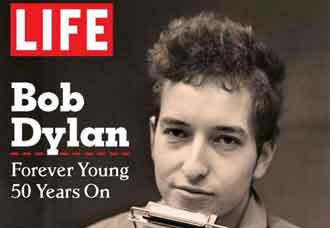 Life's editors are working on a special book on Bob Dylan. Which of these four covers is your favorite? Pick your favorite with the "Like" button.

Does that Make Bob Dylan mainstream?

Dylan's career has been chronicled by Life and other publications. Expect to pay $12.95 for the latest version of his life.

It was signature ending by Richards, a longtime Dylan pal. Since 1968, Richards and frontman Mick Jagger have seldom sung songs by other groups.

"Like A Rolling Stone" is Bob Dylan's six-minute hit recorded in 1965. It was Dylan's pioneering foray into the world of electric guitars, a move that was roundly denounced by folk music lovers everywhere.

The electric organ sequence in the song was the idea of rock music producer Al Cooper. It cemented Dylan's entry into rock and roll.

After it's release, Dylan was greeted by hoots and jeers when he performed the song at the legendary Newport Music Festival.

Music experts have tried to decode the lyrics for decades. In a 1965 interview, Dylan laughed about the meaning and said it might be meant "to needle a girl."

Dylan ignored his detractors by producing record after record of hit singles and albums.

Several of Dylan early songs are considered anthems of the unrest of the 1960s. His music is intertwined with the U.S. civil rights movement and anti-war movements.

"Only A Pawn In Their Game" recognized the murder of civil rights worker Medgar Evers. Dylan sang that song at the Aug. 28, 1964 civil rights ralley organized by Martin Luther King.

As a result of anti-war activities, Dylan's name shows up in slain Beattle John Lennon's enormous FBI file. Although Dylan's FBI file is not public, his name does come up in folksinger Phil Ochs 26-pound file. Dylan and Ochs had a friendly rivalry.

Ochs was known for drunken rants about the FBI at performances.

Some experts suspect President Richard M. Nixon feared Dylan's anti-war songs could be a barrier to the re-election that never happened. 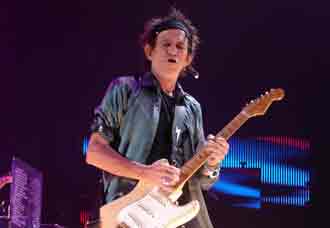 In the end, despite reams of analysis, Dylan remains an enigma.