Details
by Emery Jeffreys
on 29 November 1999 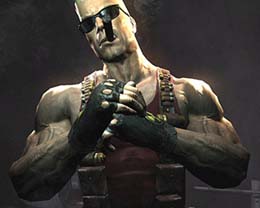 The video game business's core customers have long been young men, and based on the glut of sports and ultra-violent games, a casual observer may believe that little has changed.

Women are about to blast that image away -- just like a player in a game of Call of Duty blasts away with an assault rifle in a roomful of enemy combatants.

Forty percent of gamers are women, according to the Entertainment Software Association (ESA). And they are getting older. The ESA's annual survey of consumer demographics and behaviors says the average age of a video game player has risen to 35.

Open source is a development method where software's source code is available for open public collaboration at no cost. Some examples include Open Office, Linux, Apache, the web server, and Gimp, a Photoshop clone.

With open source you are free to make any change to it. If you choose to distribute the software, you are required to make the new source code freely available. The software code is often copyrighted or protected under Creative Commons.

Open source, freeware and shareware are often used interchangeably. The terms are not interchangeable because the requirements are very different.

Free software is just that. It's free.

Anyone can download it and use it. However, the users usually don't have access to the computer code, and making changes to the software is prohibited by U.S. copyright law.

Trying shareware is similar to purchasing a car. You wouldn't buy a car unless your drove it first. Software authors allow free downloads of software with a trial period, usually 30 days. At the end of the trial period, the software may stop working, or certain features may be disabled.

To continue using it, buy it. Shareware is less costly than commercial software. Some of the most important PC software used today began as shareware.

In fact, women over the age of 18 represent a greater portion of the game-playing population (28 percent) than boys from ages 6 to 17, the ESA said in 2007.

"This new data underscores the fundamental principle that computer and video games are a mainstream entertainment form, which captures the imagination of every segment of our society," said Michael D. Gallagher, of the ESA. "No longer is there a stereotypical gamer. With deeper market penetration and the broadening of our audience base, video games have incorporated themselves into America's cultural and social fabric."

Because of the economic downturn, there is no way to estimate how sales will perform in 2008.

Just in case you have a hankering to play free games for a while because gasoline costs have eaten up your travel money, we've assembled sources for open source, freeware and shareware games.