Windows XP Pro works fine for now. As long as it fills the bill, I'm content. If the prospect of using Vista gets closer, I'm formatting my hard drive and installing Linux. I already run Cent OS, a Red Hat clone, on two of my PCs and Solaris on a third. The other computer users in the house are on XP, Linux or Mac. 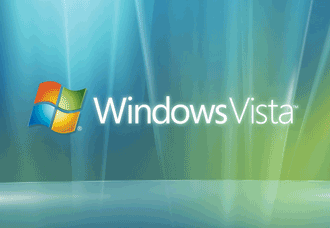 I'm comfortable with Linux and Solaris, but there are two Windows applications that I rely on daily. More on that later.

Microsoft just announced that support for XP Pro and Media Center has been extended for another five years, well beyond the useful life of my current Dell that is less than one-year-old.

My chief objection to Vista is the End User Licensing Agreement. That's EULA for short. Eula is like an old girlfriend from college who keeps calling. We'll call her Eula Mae Vista. Eula Mae was not a girl you would take home to meet Mom or Dad. She was Wild Thing incarnate. And I mean the version by The Troggs.

Most EULAs have some pretty onerous terms. And Eula Vista is downright egregious.

Egregious is also a word lawyers throw around when they are complaining about a deplorable, extreme, flagrant, glaring, grievous, heinous, insufferable, intolerable, monstrous, nefarious, outrageous, preposterous, rank, scandalous and shocking affronts to their clients.

Most EULAS these days are conspicuously and outrageously bad or reprehensible. Vista is no exception.

These rental terms would bring a blush to the gun thugs who evicted poor union miners after the Matewan Massacre in the early 1900s. Even the heavens wept then.

I suppose I should really explain my reasons.

These days we no longer buy software. We merely rent it, just like beer. And the rental terms are never good. Most people wouldn't sign one if they actually read it, according to Cory Doctorow, an expert on security.

Have you read one?

The Vista EULA grants Microsoft some rights which could cause you problems. First, the End User License Agreement grants Microsoft the right to change the terms any time the company chooses without notice.

Don't even think about clicking that you don't agree. If you do, the software won't work. Try getting a refund on a software rental plan that came with that new computer.

I have a huge number of digital photographs, media clips and digital versions of articles I've written during the past 35 years. I don't want to face the possibility of any company suddenly deciding that my hard drive should be digitally managed because a story I wrote about the first Gulf War for UPI is in a format they don't like.

Allow me to provide another example.

The same scenario should apply to copies of music CDs. But the Digital Millenium Copyright Act says otherwise. Fred von Lohmann, a lawyer for the Electronic Frontier Foundation told me that is untested and fraught with peril. Fred says the only way I can legally backup my MP3s requires playing them and recording the results.

Let's say I have a technical problem. Lord knows I've caused many of them with my computer advice. Eula Vista prevents me from performing work arounds to solve the problem. That's right. If Vista interferes with a function on my computer, I am not permitted to do anything to work around it. That means waiting for a Microsoft patch.

What if the work around protects me from a big vulnerability. Too bad. I knew Eula Mae was fickle after the first kegger.

Spyware is a big concern for many people. Windows Defender, Microsoft's mediocre anti-spyware may actually hinder your efforts. Eula Vista, apparently as revenge for taking some one else to homecoming my last year of college, allows Defender to delete programs it doesn't like. Never mind that a deletion could render your computer useless.

If that happens, blame Eula Mae's penchant for revenge. Hey. It's my fault for using that program. Eula Mae says so.

I've buried the real reason for not wanting to switch at the bottom, hoping you won't read this far.

Photoshop, iTunes and two iPods see regular use on my current XP computer. The iPods are a wonder. Mine is the thickness of five business cards. It slips easily into my gym shorts so I can listen to head rattling music while I keep those muscles toned and my heart rate in the upper ranges.

Of course, I could use Gimp, the Linux equivalent of Photoshop, but all the commands are different. Gimp may be free, but it is not without cost. It would be like learning a new operating system. You would think these smart folks at Adobe would see there is a market for Linux users.

It just goes on and on.