Details
by Emery Jeffreys
on 12 December 2012 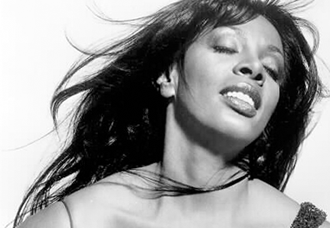 LOS ANGELES -- The latest inductees for the Rock and Roll Hall of Fame includes rockers, the Queen of Disco, a group of hip hop pioneers and a band whose fans have long been clamoring for the honor.

It seems more than odd that the announcement about the latests class was made in Los Angeles, more than 2,100 miles as the crow flies from the Rock and Roll Hall of Fame museum in Cleveland, Ohio.

The Rock and Roll Hall of Fame inductees for 2013 are:

"We are thrilled to announce this year's class of inductees, which again represents the broad, compelling and significant definition of rock and roll," said John Peresman, president and CEO of the Rock and Roll Hall of Fame Foundation.

The nomination was bitterswet for Summer, considered to be the Queen of Disco. She died in May at the age of 63. She had been eligible for nomination since 1993.

"We are overjoyed the Rock and Roll Hall of Fame has recognized Donna's tremendous musicla achievements," the family said in a statement. "It;s an honor we know she quietly hoped for and would very much cherish. We are deeply grateful."

The nominations are made by a committee of 35 people, ranging in age from their late 40s to mid 50s, according to Neil Walls of Future Rock Legends, a website devoted to the nominating process.

"Most of them were born in the late '40s, mid-'50s, and so they had their adolescence and their teenage years in the '60s, when rock 'n' roll was really exploding," Walls said in an interview with National Public Radio. "When you look at the inductees, there have been more inductees that had their first record in the 1960s than all the other decades combined."

The nomination process has been roundly criticized. Critics claim it's a bastion of middle-aged white guys smoking cigars in a back room.

Peresman scoffs at that notion.

The other ranking or rockers, Rolling Stone magazines list of 500 greatest songs of all times, is just as maligned. It's top song, "Like a Rolling Stone," by Bob Dylan was released in 1965. It contains only three songs released since 2000.

Some lists of songs:

Rolling Stone magazine's lists ranks songs in order of importance; The hall of fame listing just lists the 500 important songs without a ranking. Dylan's "Like A Rolling Stone" is on both lists.