Details
by Emery Jeffreys
on 23 October 2005 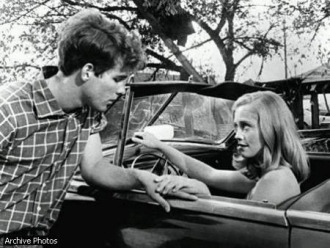 The classic mobster movie "Goodfellas" is the greatest film of all time, according to Total Film, a British film magazine.

The 1990 film, based on the exploits of real life gangster Henry Hill, which starred Ray Liotta, Robert de Niro and Joe Pesci, who won an Academy Award for his performance, was No. 1 in a Total Film magazine poll opf the 100 greatest movies.

But there was one catch. You had to shell out £9.99 to see the complete list from the magazine's book. At the time, Total Film published only the top 25 on the web.

"Goodfellas has it all, story, dialogue, performances, technique," the magazine said. "It is slick, arguably the slickest film ever made. But it is also considered, layered and freighted with meaning."

Sounds like that haughty talk wine sniffers whisper in the Sonoma Valley.

Of course, film fans are fickle. The American Film Institute ranks The Last Picture Show at 96 in it top 100 list, but doesn't get listed on the Internet Movie Database top 250.