Details
by Emery Jeffreys
on 05 September 2010

It's Labor Day, the one day set aside to honor working people. 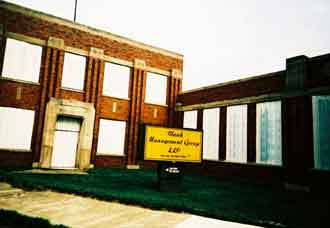 Closed business, Michigan City, Ind / Kevin DooleyLabor Day is usually a day set aside for parades and speeches honoring those who labor, the backbone of the U.S. economy. Instead, we have something that almost resembles the Great Depression.

The Bureau of Labor Statistics reports that no jobs were created in August. Zero. Nada, according to former Labor Secretary Robert Reich.

With U.S. unemployment at 9.7% -- and that's just the formal number -- many people would rather just be wokring on this Labor Day 2011.

During his traditional weekly appearance to bless the faithful, Benedict XVI quoted from writings of St. Bernard of Clairvaux here in the 12th century meant for popes of his time on the subject of overwork.

The saint advised pontiffs to "watch out for the dangers of an excessive activity, whatever the job that you hold, because many jobs often lead to the hardening of the heart, as well as "suffering of the spirit, loss of intelligence" Benedict said, quoting St Bernard.

The pope's statement came in the middle of his summer break, and said working too hard was never a good thing - not even for a pope.