Details
by Emery Jeffreys
on 26 October 2005

Abbie Hoffman wrote the first book in this definitive series. He called it "Steal This Book" and it was described as a guide to living outside the system. 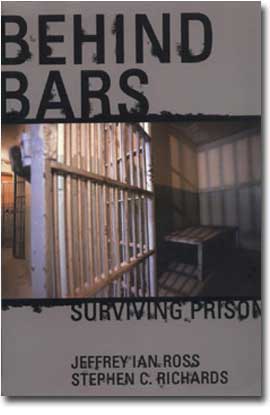 Kevin Kelly's Cool Tools has a review of the book every Washington Beltway insider needs, "Behind Bars: Surviving Prison." If Karl Rove, Valerie Plame or Flame, Joseph Wilson, Dick Cheney, Judith Miller, Robert Novak or Scooter Libby are on your Christmas list, you may want to buy early to avoid the rush.

Some timely advice from the book:

Anyone inside the Beltway will have problems with the convict code.