Details
by Nancy Jeffreys
on 05 December 2010

I don't believe that you can't do a triathlon because you're over 50. Another lousy excuse is that you've never been an athlete and you can hardly drag yourself out of bed in the morning, let alone go out swimming, biking or running. That doesn't work with me. 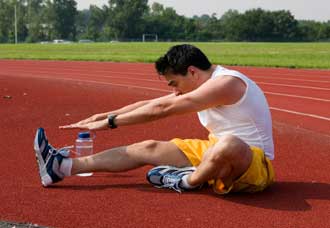 I am a 57-year-old-triathlete. I'm not too bad at the sport. I win most of my races. Of course most of the time it's just me and maybe one other woman. But I figure I'm out there so I've already beat all the other women my age. I love to swim, bike and run. I haven't always felt that way, but time does change your mind.

I began this trek when I was 47 years old. My husband had a heart attack and was told to get off the couch and lose weight.

Being the supportive wife that I am, when he told me the only thing he really liked to do was bike, I said we had to do something else because I couldn't bike. When my best friend heard me say that, she exploded "Are you kidding me? Get a couple of cheap bikes and get out there!"

I worked with a bunch of crazy people. One day we were talking about how I liked to ride my bike and one of them told me about a sprint triathlon for women in a month. She convinced me that I needed to sign up for the triathlon. I did it and started my training program.

I would ride my bike on the weekends. I had to ride 10 miles in my race, so I got a route down that was just 10 miles. I rode it every Saturday and Sunday for a couple of weeks just to make sure I could finish 10 miles.

For the swimming leg of the race, I trained by using the rowing machine 30 minutes every weekday. I figured if I got my arms in shape, I could get through the swim. I had already decided that if I could make it through the swim and the bike, I could surely walk three miles, so I didn't much worry about training for that.

So, off I go to my first triathlon.

The swim was 400 yards in the muckiest water I'd ever seen! They measured it for bacteria that morning and declared that it just looked bad. It was safe to swim. Now I know that ignorance is bliss.

I jumped in the water with everyone else in my age group and swam. To this day, I have no recollection of swimming that race. I don't know what happened, except that I have a picture of me getting out of the water - safely.

The bike was fast for me at that time - about 14 mph, but I made it around all the corners and over brick roads without falling. It was an amazing ride!

In transition, I grabbed my hat and took off for my walk in the park. I started walking slowly, then a little faster. But when I saw all these people running past me, I couldn't stand it anymore. I started to run a little, then walk to catch my breath, then repeat the process until, by some great miracle, I ran across the finish line! I was so excited! With tears in my eyes, I looked at my friend and said, "When is the next race?"

I don't believe older people when they say they can't take on a physical challenge because they are not an athlete, not a runner or can't swim a lick.

I say you just need to be ignorant, jump in and do it. Even if you aren't the best or are even the last one in, it doesn't matter. You can do it!